You are here:
Smartphone 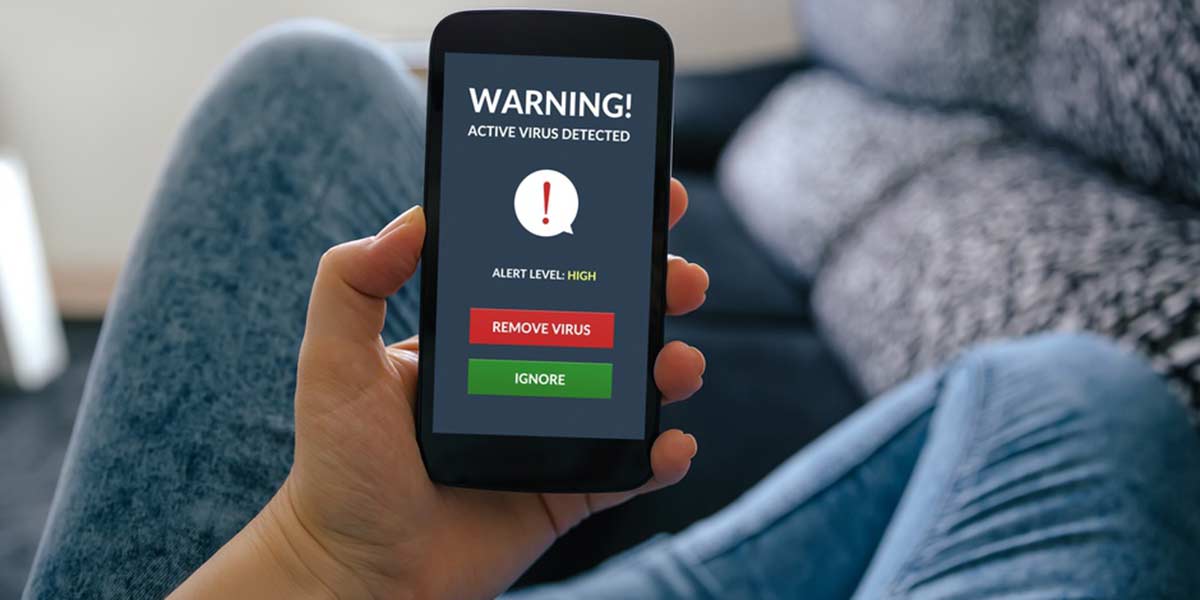 Smartphones are just as vulnerable as computers are to malware. Apple iPhones are vulnerable but have more protection because of built in protection.

First, definitions are in order. Android cell phones do not get viruses in the strict definition, but they do get malware. Since a virus is a program that replicates itself, this kind of program has not been seen on Android programs or smartphones. But there are programs that can put false charges on user accounts, steal passwords and track user’s location without their knowledge. Viruses and malware terms are used interchangeable on the Internet.

Smartphone infections increased 83% in the first half of 2016 according to a Nokia report. iPhones fall victim less than 4% of the time. A particular bad malware was the “Gunpowder virus” which could sneak on to your phone via the Nintendo game emulator. Kaspersky labs reported a Trojan in 2010 running on Google’s Android systems, sending out SMS messages and accumulating huge costs. I am getting more calls about malware infections, too. So, I foresee an escalating rise in these infections for 2018. People are just not aware of their presence.

How would I get malware on my phone?

Malware can usually be found attached to third party apps and the best way to avoid it is to stick with well-known apps from Google Play. Hackers will try to disguise their malware and may catch you when you least expect it. Safe and cautious navigation won’t always protect you because “drive by download sites” could put malware on your phone without any user intervention. So, avoid random downloads from download manager.

Do you jailbreak? i.e. do you bypass the locks placed on phones to prevent the downloading of apps that are not part of the official apps. Some of the unofficial apps that you’ll gain access to after jailbreaking are pretty tempting. Their features are such that you’d never otherwise be able to access. Those that do jailbreak are at greater risks of a malware attack. Apple warns against jailbreaking and suggests that you are making your phone vulnerable to security risks.

Jail breakers are frustrated by the fact that you can’t do simple things like change the iPhone’s default look or install apps other than those available from the iOS App Store. So if you jailbreak, be forewarned.

What are the symptoms of an infected device?

So you are playing you favorite game on your phone and it crashes. Funny it never did that before. Investigate and find out why.

You notice tremendous data usage on your phone. Malware will be running tasks in the background communicating through the Internet. You may notice your data fees are increasing if you have a limited plan. However, it you have unlimited data, you may not notice any increase in cost.

If you start seeing beyond normal pop up ads, this could indicate malware. Granted almost all websites have pop ups, this may be hard to detect. Don’t click on the pop up ad unless you are sure it is legitimate.

Check your phone bill and its details, especially the “SMS” category. If you find unexplained costs or mysterious costs, this could be a sign of malware which will send messages to premium rate numbers.

Malware consumes a lot of energy as it runs in the background and so it taxes your battery. Your battery may not last the whole day without recharging.

What kind of protection can I get?

Two ways to protect yourself are malware security protection and cautious app installing. One can install anti malware like Malwarebytes or Lookout. These programs will scan your phone for instances of infection and eliminate them. Secondly, be judicious in what apps you download. If you are downloading a third party app not from Google Play, investigate the app by doing a Google search. Malwarebytes will scan your app before it comes onto your mobile phone.

How do I remove malware?

The first thing is to switch to Safe Mode or Emergency Mode as it is called in an Android system. This can be found by holding down your power button. A series of options will come up. Usually emergency mode is the last option. If you are having problems, this may be a good time to ask a professional for help. If ransomware takes over your phone it will block your actions.

Go to settings and apps and look for an unfamiliar app which may be causing your problem. Simply uninstall the app.

The second technique is to get a malware removal tool. Install a good mobile security app. There are 20 or more malware protection apps out there.

If you are still having problems with serious malware, whether on your smartphone, computer, or laptop, contact Perry’s Computer Repair and we will help you out.