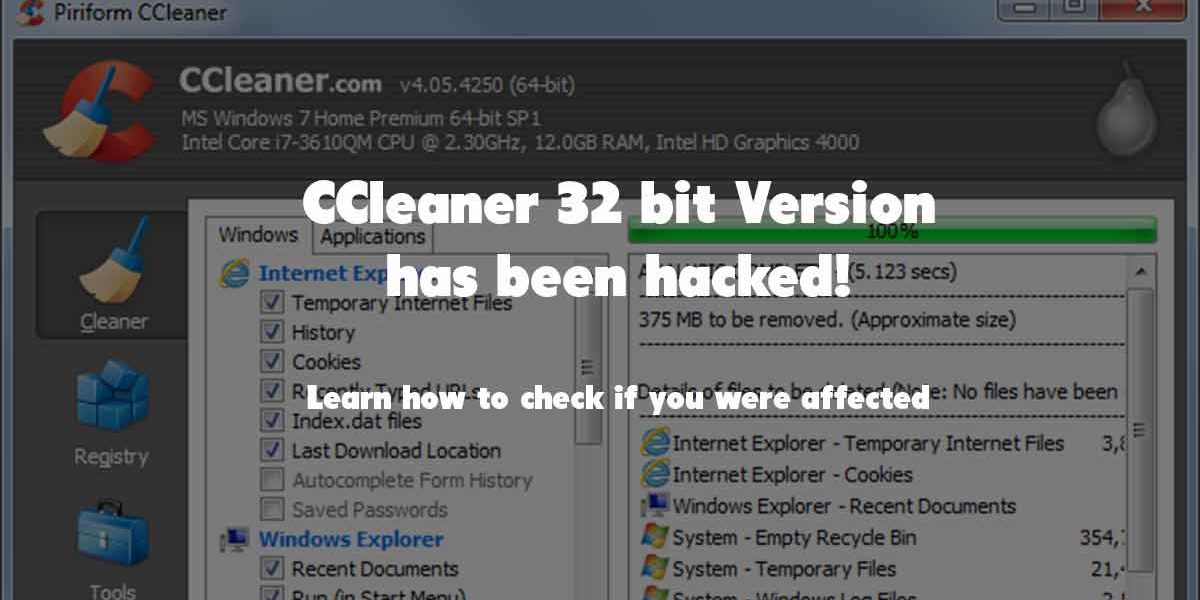 CCleaner 32 bit version has been hacked

CCleaner, a popular application used to clean trash and duplicate files from computers was recently hacked, but only its 32 bit version of the application was affected and its enterprise use for the 64 bit version.

The application acted a vehicle for malware, which it would secretly put on a user’s computer. Most home computer users use the 64 bit version and so this hack would not affect them. If you think you have the 32 bit version check to see if you have the version number: 5.33.6162. When you open CCleaner you will see the version right under its name in the left hand corner.

Also if you are in doubt, I would run a Malwarebytes scan just to be sure.

There is a big debate as to whether CCleaner is the best application to use since many of its uses can be found on Windows itself. As a tech I use it on all my customer’s computers. My justification for using it is that I run Malwarebytes to scan for malware and CCleaner cuts down on the files that must be scanned. The other reason I use it is to clean the registry.

Windows has a Disk cleanup tool which can free up space on your hard drive. It will delete old temporary files created by programs, temporary Internet files for Internet Explorer, Windows error report logs, and more.

However, CCleaner can delete cache files for other browsers like Chrome and Firefox, or delete the useless setup folders NVIDIA’s graphics driver installers create when you update your graphics drivers, which can consume hundreds of megabytes each.

It will even wipe out other potentially privacy-risking data, such as the list of recently opened file names in Microsoft Word, Adobe Reader, Windows Media Player, VLC media player, and other common Windows applications.
I would not buy the professional version but use the free version every two months or so. Keep in mind that you will need to tweak it to remove what you want to remove.

Cleaning the registry is also a hotly debated issue. Some will argue that you might delete some significant strings that might impair your computer. Most of the computers that I work on are running very slow and need some weeding of registry issues. Don’t forget to backup your registry to a flash drive. If you do delete something that is vital you will need a registry backup to get your computer running again.

If this scares you and would like Perry to check your computer for the CCleaner hack, call 443-783-2269 today for an appointment, or request an appointment online for remote repair service.

In Home and Drop Off services are available in the Ocean View, Delaware, and surrounding communities of Selbyville, Delaware, and most of Sussex County. See Perry’s Computer Repair Service Area.  Remote services available nationwide.