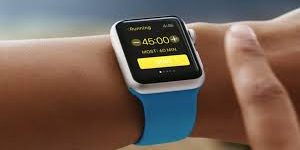 The Apple Watch is here but will it be easy to repair?

Apple has finally announced the launch of its Apple Watch on April 24, 2015.  Pre-orders are being taken now. Just so you know, wearing an Apple Watch will be like wearing a computer on your wrist which will constantly beam messages at you. But like any computer it can break or get water soaked.

The watch has a colorful Apple logo on the standard model with zany hands that will give you time if you can figure out which numbers it is pointing to.   I don’t think that many will care about the time but what this miniature computer will do for us that our iPhones can’t.

It has an adjustable strap and the buckle is coordinated with colors on the display bezel which many might miss because only the owner will know it. 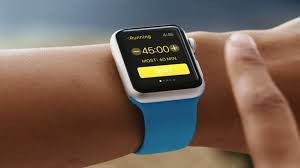 The band can be easily changed or replaced to match your mood. It is held in place by a standard spring bar but you should have the right tweezers to make the change. If you crack the glass, you will be able to change just the glass without buying a new display. Changing the glass does not appear to be difficult task for a repair person.

Perry’ Computer Repair will change batteries for its customers but I don’t know what it will cost at this time.

Picking out an Apple Watch may be a lot of fun but it will be time consuming as there are many choices and styles. For example, you can choose between an Apple Watch Sport (space gray or silver anodized aluminum) or an Apple Watch Edition. (18-karat rose or yellow gold)

Apple Watch runs a version of iOS that is simpler than your smart phone. But to make a phone call you will have to have it connected to your smart phone which must be iPhone 5 and up.  The Apple Watch pairs with Iphones via its Bluetooth Low Energy and built-in Wi-FI.

The hardware and the software in the watch is basically the same in all the models. The Apple Watch is powered by a custom S1 system in package chip with a 802.11b/g Wi-Fi for surfing the Web.   The display is coated with sapphire to protect the device from scratches. The watch is also sweat-resistant, and uses a MagSafe charger that attaches easily to the watch.

I really like the Apple Sport Watch which is the lightest and most durable. Did I mention the cheapest?

Why do these watches cost so much? Apple is notorious for its pricey Macs and so it is known for pushing the price tag up. It has been reported that the time involved in making the all metal bracelet and the recruiting of high price biometric techs drove the price up.

Ever wonder why you can’t buy a Mac at Staples. You can buy accessories but not the computer. Apple negotiates special contracts with its stores and these stores did not want any contract kickbacks on sold Apple Watches which might account for some of the cost of this pricey watch. Apple might need to change its policy on where the watch is sold.

The apple watch can work with your iPhone if you have one with the latest version of iOS 8. In fact, it has to work with your phone or it only a watch.

Apps such as Apple Pay, flight check-ins or tracking your run metrics will be available. A lot of its functionality does depend upon your iPhone. For example, it can’t take photos but it can display photos from your iPhone. It has 8 gigabytes of storage space which will seem small compared to 16 Gigabytes of our iPhone’s and tablets.   Later learn that you can’t use all that storage.

Is it practical and will we want it? I don’t think so.   CEO, Tim Cook has certainly publicized the advent of this watch and hopes that it will be a reinvention of the watch which will sell a million watches. But Cook is not Steve Jobs who told us that we could put our whole music libraries on our iPods.

I am reminded of Google and its introduction of its Google eye glasses which came equipped with a video camera and telephony capabilities.   It was released to the public in May, 2014 and in January, 2015 Goggle announced that it was stopping production.

I think the Apple Watch will meet a similar fate. First, it is too pricey. If you do not have an iPhone or an iPhone with an up to date iOS, the initial out of pocket cash amounts to $1000.   To really get the optimum benefit from the watch, you will need an iPhone.   How many people will want to spend that amount or the cheapest price of $379? Second, coordination with your iPhone might be cumbersome and how many people will take the time to learn its ins and outs?

Now there will be some people who will rush out to buy it so that they will be the first on their block to have one. And there will be those who will buy it to make a fashion statement.   But those who wait will begin to hear of its limitations and the requirement to have an iPhone to realize its capabilities. For example, we now learn that we won’t have access to the 8 Gigabytes of storage and one can only use 2 Gigabytes of storage on the watch with 750 Megabytes used for photos.

Can the average person replace a new battery? I don’t think so. So if you need a new battery, how much will it cost you to do the change?   Maybe repair gurus will make out well.

What will I be able to do with the Apple Watch that I can’t do with my iPhone? So far not much, but new apps could change that.   Imagine going through an easy pass lane by just waving your watch. Am I dreaming that?